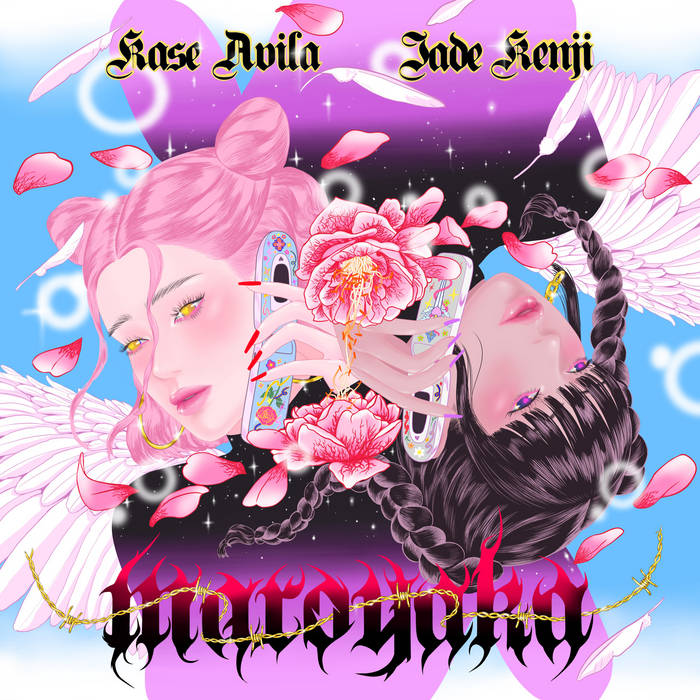 Seasoned producer Kase Avila has joined forces with vocalist and rapper Jade Kenji for their collaborative debut: ‘Maroyaka’. The mixtape showcases their affinity for classic R'n'B sounds and the urban tempo of Japanese hip hop through a lovingly curated selection of remixes.

Following the success of his last full-length project 'Minerva', Kase was looking to broaden his musical frontiers. He had cemented his reputation as a cornerstone within hip hop instrumentalists in the Aussie music scene, only occasionally dabbling with vocals. This all changed upon meeting burgeoning R'n'B singer and rapper, Jade Kenji. The Sydney-based singer-songwriter has spent the last few years developing the duality of her braggadocious swagger and vulnerability, on and off stage. It was only a matter of time before their two paths would align, like stars in a constellation of boom-bap beats and New Jack Swing. Kase's years of production experience and Jade's unbridled enthusiasm and lucidity behind the mic made for instant chemistry in the studio. What followed were fruitful sessions of home-cooked mashups, fluid collaboration and gushing over Japanese pop culture- direct from Kase's very own tiny desk.

The result of their combined efforts is ‘Maroyaka’, taken from the Japanese word for smooth in tone and taste. Across four tracks, the pair effortlessly breathe new life into classic hip hop tracks. Timeless joints like Outkast's 'Ms. Jackson' and Donell Jones' U Know What's Up' are carefully reworked into tunes that are sure to soundtrack your next autumn stroll through the streets of Shibuya. Jade's buttery vocals slide over Kase's boom-bap inspired melodies, creating a luscious sonic experience rich in old school hip hop flourishes. Fans of J Dilla, The Fugees, Mary J Blige and A Tribe Called Quest will be left delighted and eager to run it back from the top, again and again.

For Kase and Jade, the significance of their collaboration runs deeper than a musical project; ‘Maroyaka’ exists as a celebration of the uniqueness of the Asian identity. In a moment of cultural dissonance, where Asian cultures are valued commercially but Asian communities face a rise in violence and prejudice due to Covid-19, Kase and Jade find themselves somewhere in the middle. Together, they brandish the idea that being Asian isn't something that anyone can neatly pigeonhole.

This concept is emphasised by the mixtape’s album art from illustrator Lynn Nguyen. Nguyen's delicate linework is woven into a tapestry of manga-inspired visuals, surprising listeners with the music to come.

Bandcamp Daily  your guide to the world of Bandcamp